Photographer’s Corner: Surviving and Thriving with Video as a Photographer There’s no doubt in my mind that video and photography have merged. As photographers, we have transitioned from a print-based world to one that is screen-based. Everywhere we look, there’s a screen in our face—iPhones, iPads…iSomething. There are even screens in cabs and bathrooms.

The proliferation of screens in our daily lives has been fast and aggressive and for some, scary. As a business owner, knowing where the opportunities are and how to take advantage of them can add thousands of dollars to your bottom line. As an artist, video can be a powerful way to express your vision and creativity.

I didn’t get into video because clients were asking or because I was interested. I got into video because when the economy got slow, I was forced to make some tough decisions—one of which was diving face first into video without any prior experience. My hopes were that if I could offer something different to what was left of my local market I would be able to navigate the choppy waters of the economy and grow my photo (and now video) business back to pre-recession numbers.

What I’m going to share with you is real, and it’s ugly… but it’s also beautiful. It’s taken me years to figure video out, to find a balance and make it work for me—the photographer.

Back in the mid 2000s I transitioned from an enthusiast to a full-time photographer. It was an adventure to say the least, but I was happy. Shooting more than 100 commissions a year I was busy; in fact, I didn’t even need to market myself. The jobs just rolled in. I kept raising my prices and doubling my business month after month. A true master photographer, Dan Vermillion, owned the studio that I shared with him. It was a huge studio—more than 8,000 square feet. Eventually there were five photographers in the studio. We threw parties to celebrate with our clients. Life was rad! Awards came in; jobs came in; money came in. I was shopping for my first sports car, a vintage 308 Ferrari, and then 2008 happened. I didn’t work for six months.

Want to see your dreams come crashing down? Try to float your business and personal expenses for six months without any income. It was a massive blow to my bank account and my ego. It was the hand we were all dealt—a giant lemon.

Making Lemonade is Not Easy

Being one who is always looking for opportunities, I got super excited when I saw that I could get high-quality video in a camera I understood, a DSLR. Sweet! Now I could make my photos move.

I’m the type of person who does not care about getting my ducks in a row. If I think it, I’ll do it and figure out the details as I go. I got a video-based DSLR and started to shoot video and struggled, and struggled, but eventually I figured it out. In a crummy economy, I was able to turn my sinking ship around. I left the Vermillion studio and started my own studio (Studio 8 in Phoenix), then had to sell it and was forced to short sale my home, but life moved on. 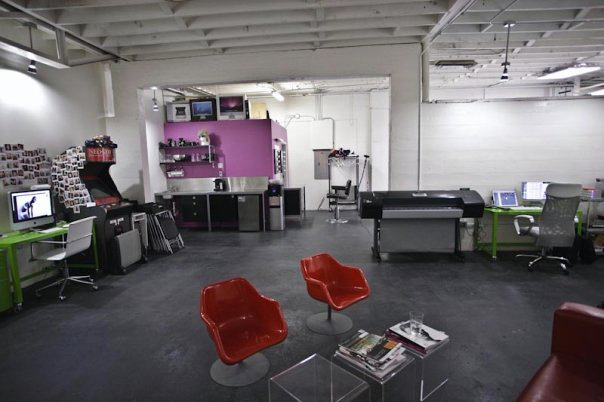 I made plenty of mistakes learning video but had more successes than mistakes, and I stuck it out. Since the madness of 2008 I ditched my DSLR, went mirrorless, and now shoot just about as much video as I do stills. The move to video was rough, but it saved my business, and in the end I found that I enjoyed the challenges that come with photography at 30 frames per second as much as I do at 1 frame per second.

Truths and Lies in Video

Everyone is going to try to sell you something, no doubt. I sell multimedia content. Camera companies sell cameras, computer companies sell computers. Yes, you will need some new gear and possibly some software, but not much.

There are thousands of so-called experts online. Take everyone’s advice (including mine) with slight caution. You’re going to learn in your own time and in your own way. Many experts online , especially in the filmmaking world, will make shooting video seem complicated. They will use words and terminology that sounds complicated because in truth, filmmaking can be complicated, but you’re not making films so don’t listen to them much.

You don’t need the latest drone or special gizmo that makes you look like a cyborg when you use it. What you need to do is get over your fear of pushing that little red video button and have fun with it.

Steady as she goes. Put the camera on your tripod and shoot some video. Let the scene do the moving for you.

Video is made up of a series of still frames, so treat it as such and shoot video like a photographer. This is the most important thing to know. You’re not a filmmaker, videographer or cinematographer, you are a photographer. Motion pictures are photographs in motion. Compose your work like a photographer; go vertical, shoot horizontal. You’re making photos that move..

Filmmakers like things to be complicated. Don’t read too much about shooting video—just shoot it. Don’t bother with online forums where everyone is an expert. I spent hours wasting my time following the advice of know-it-alls when I already had what I needed— the photographer’s eye.

Create in camera. Want to feel pain? Try doing heavy post on video—you’ll need a box of tissues to mop up your tears. I create my color looks in-camera, and because I shoot with a mirrorless, I see the color effect in real time as I shoot in the viewfinder or the LCD screen. It’s easy, fun and effective. Yes, I do adjust the look a bit in post, but it’s slight and quick.

Keep it short. When I first started shooting video, I thought I needed to make short films. Then I tried and just about lost my mind. I found my happy place with finished videos that are 30-45 seconds long, and my clients like them as well. Sometimes I have to remind myself that I’m being hired as a photographer, not a filmmaker.

Keep it simple. Ever wonder why Instagram limits its videos to 15 seconds? Because it works. Start at 15 seconds. Have fun. Play. As photographers, we tell a story in one frame. A 15-second video is 450 frames (15 seconds x 30 frames per second), which is plenty to tell a story. There are many pros who make six figure incomes shooting for Instagram and Vine.

Experiment and have fun. Keep in mind that when you post your videos online, chances are you’ll attract some troll disguised as an expert. That’s the web, folks. If you are sensitive, turn off the comments. Shoot video with your iPhone. If you’ve got a mirrorless, shoot with it. You’re a photographer; don’t make it so serious.


Ease into audio. You’re a visual artist, so ease into audio. Try not to think about syncing audio at first. There are tools that will help you sync audio to short clips and even edit the video for you.

Let the technology do the heavy lifting. Technology is finally smart enough that you can trust it to do a lot of the technical work for you, and this applies to video as well. One app I suggest is ProShow Web, which will auto edit your video, sync it to music, and more. You can even use ProShow from an iPad. I shot an advertisement for Panasonic with my camera in full auto and let ProShow edit for me. If you want to try ProShow Web out, it’s free for 30 days, and you can get 20 percent off using code: smallcamerabigpicture.

When you’re starting out shooting video, go for instant gratification. Don’t beat yourself up if it’s not perfect. If you are a landscape photographer, try shooting trees blowing in wind or ocean breaks at the beach. If you are a portrait shooter, the movement between two poses is the video you should capture. Go forth and make some videos, and make it a goal to have fun.

Giulio Sciorio is an Austin, Texas-based commercial photographer specializing in portraiture for new media. Since 2009, Sciorio has been a hybrid photography pioneer, blending still, motion and sound for a whole new wave of photography. He also founded SmallCameraBigPicture.com, the resource for everything hybrid.