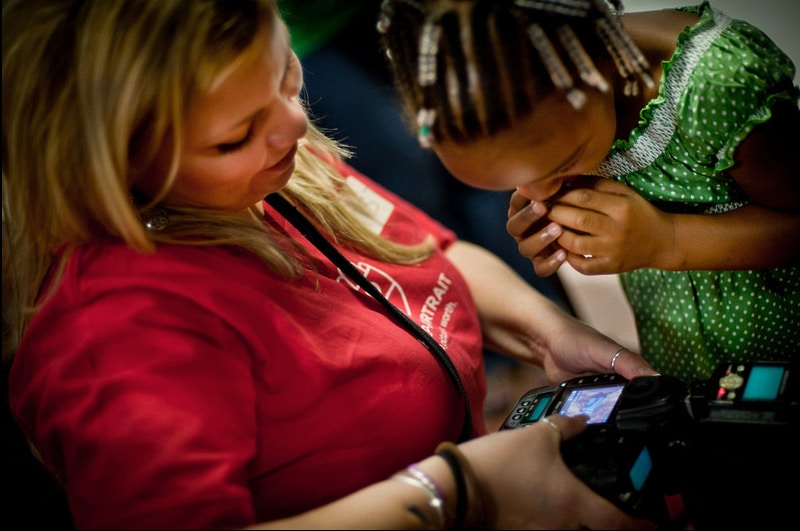 Help-Portrait is a community of photographers coming together across the world to use their photography skills to give back to their local community. Beginning as an event held once a year on the second Saturday of December, Help-Portrait has inspired photographers to give freely – no matter when, no matter where. To date, there have been 100,596 portraits given, 7,403 photographers involved and 12,654 volunteers helping in 1,062 locations and 46 countries. Today we have one of those photographers, Michael Hajek, to share with us about the movement and how he was inspired.

These four steps comprise the mission statement for a grassroots collaboration of photographers from across the world who volunteer their time and talents.

The photographer who had this vision is Jeremy Cowart, an entertainment/music/celebrity photographer  based out of Nashville, TN. The idea came to him while observing some less fortunate people out on the streets while he was driving through the city. He was struck by the thought of their circumstance in life and his own, and was motivated to find a way to use his photography to help others. The result was the four steps outlined above, and Jeremy decided to call this effort Help-Portrait.

Jeremy spread the word of his concept via the internet with a simple video (take a moment here and watch the video, as he explains it far better than I ever could) encouraging others in the photography community and beyond to think about how they could reach out in their own community.  The date for the first event was announced for 12-12-2009. Jeremy and his friends created a website in an effort to pass along ideas and open photographers’ minds on how to connect in their own communities to plan an event. In a very short period of time the message spread and soon photographers from around the globe were planning events. The response was so strong that Jeremy and his team decided to host a test event in order to provide an example of what could be done. The resulting video can be seen here.

I first heard about this movement sometime in early to mid 2009. When I checked back in the fall, I saw the intro video done by Jeremy and visited the Help-Portrait website to find out more details. The website featured a community section where I discovered people in my area (Orlando, FL) who had formed a group and were discussing ideas about how to help. I joined that day and got involved with the planning effort. We eventually decided on holding events at two facilities that catered to helping the homeless community in Central Florida. Our focus then turned to the task of recruiting photographers, hairstylists, make-up artists and other volunteers who could help out.

As the planning went along it became very clear that Jeremy’s idea had struck a nerve with people and we were overwhelmed with the number of volunteers that came forward. By the day of our events we had 117 volunteers come out to lend a hand. In speaking with nearly every volunteer as to what motivated them to get involved with this particular effort, nearly every person responded that the test event video on the Help-Portrait website had made an emotional impact and that after viewing it they had to get involved. 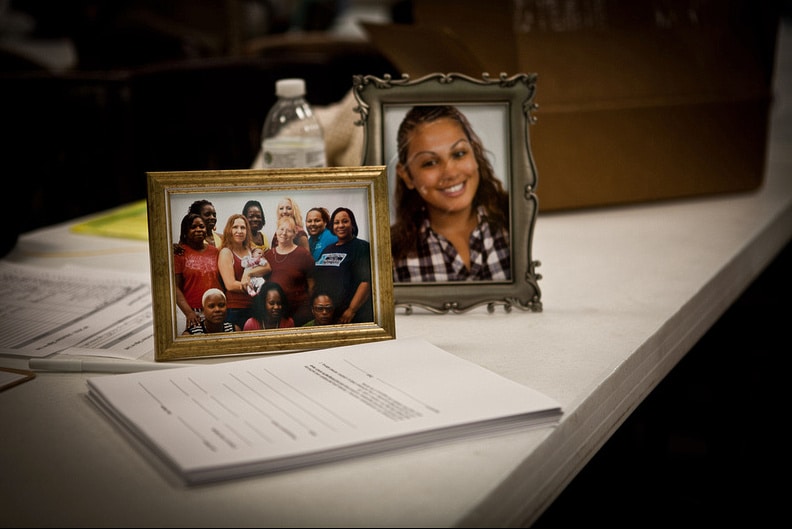 During that first year, our Orlando group provided over 300 portraits. This is past year we decided to take on some additional locations and looked to add some other groups that fit the “those in need” criteria. In addition to returning to the two homeless facilities (Central Florida Coalition for the Homeless and Women’s Residential Counseling Center), we also provided portraits for a center that provides services for single teen mothers (Beta House), an organization that that supports families who have a child with cancer (Base Camp Childhood Cancer Foundation), and a group that is working with families on the brink of being homeless or have just been displaced (Hope Foundation). To give you an idea that this can be done with any size group, one of our events had 9 clients and the largest had approximately 1750.

For photographers, who make up the majority of H-P volunteers, I believe the attraction is that it provides a very simple way to give back to their community by providing their time and talents. It only requires a small group to put an event like ours together, and the time commitment from most photographers is anywhere from a couple of hours to the whole day. In many locations across the world, single photographers are doing this in even simpler way by simply going out on that day and finding people for whom they provide a portrait.

In addition, Help-Portrait embraces photographers of all skill levels. In our group we have everyone from enthusiasts with point and shoots to full time working professionals. There is a place for everyone. Those less experienced are paired up with a more seasoned photographers and often help with setting and adjusting lights, posing and other tasks. They also take portraits that day either practicing in between sessions or shooting the actual shots with the help of their partner for the day. For photographers and all of the volunteers, the reward for participating is both simple and immense. The smiles, the gratitude and the stories that are shared by our portrait subjects are priceless. In locations around the world you hear similar themes repeated as reported by those involved. For some it’s the first portrait they have ever had done while for others it might be their first together as a family. Regardless of their circumstances, the sense of appreciation was palatable. For our first events in 2009, we were working with people who were homeless. In their situation people often are reluctant to engage with them. I cannot tell you how many times we heard “thank you” not just for providing the portraits, but for taking the time to care and connect.

In addition to the four basic steps outlined at the top, Help-Portrait operates under a couple of other key tenants that are part of the reason that the effort has been so successful. For one, it’s not about you (the photographer), it’s about the client. The photos taken are never used in a photographer’s portfolio or for self promotion. Also, it’s not about taking the portrait, it’s about giving the portrait. So give to someone in need, give back to your community and give yourself the chance to be a part of this worthy mission.