Home » Blog » Through the Lens: A Different Perspective on Photojournalism

Through the Lens: A Different Perspective on Photojournalism 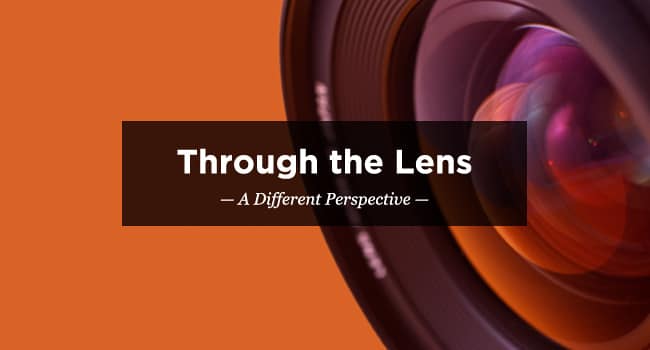 Being a company that specializes in providing solutions, tools, and information for photographers we focus mainly on what happens behind the lens. This article, the second in an ongoing series, aims to broaden this horizon. Each article will have a unique, and somewhat whimsical, insight into an area of photography that you may have not considered before. We hope you enjoy them and welcome your comments. You can read the first article here.

I come from a long line of famous photographers. In fact, it wouldn’t be a stretch to say that I come from photography royalty. Throughout the 20th century my family has worked with some of the most famous photographers in the world, capturing events that literally defined history. You might even say that were it not for us these photographers never would’ve gotten the photos that went on to become so well known globally. That might sound like boastful talk to you, but as they say in Texas: “That ain’t brag; that’s a fact.”

My family line can be traced back to Germany in the early 1920s. My great-great grandfather actually was involved with photography as early as 1914, but it wasn’t until 1925 that he really took the world by storm. It was then that he produced the very first 35mm images. Prior to that, photographers would use big, clunky exposures that required cumbersome equipment that took a lot of time to set up. My great-great grandfather solved this by shrinking the image to the compact 35mm, which could be enlarged later from a negative. This in turn meant a more compact system that made it easier for photographers to transport and shoot on the go.

From here on out when I’m referring to a member of my family I’ll just say “we”. That way I won’t confuse you with all my aunts and uncles, etc. For clarification purposes I will provide a family tree at the end if you’d like to see who worked where, and when.

Now, having solved this issue of portability we began teaming up with forward-thinking photographers around the world. Unencumbered by the new, lighter equipment, they began going out into the streets and chronicling the world around them in real time. In this manner we revolutionized the way photographs were taken. This led to what can arguably be called modern photojournalism, as one of our earliest partnerships was with Henri Cartier-Bresson.

Taking to the streets of Paris, Henri Cartier-Bresson would merely look at what he wanted to photograph and we captured the image for him. We were, in effect, an extension of his eye. This also was a break from how photographers had worked before because for the first time we provided them a frame for what they would be photographing.

As Cartier-Bresson’s fame rose, so did ours from our partnership with him. His close association with Robert Capa prompted him to start working with us as well. In 1937, we traveled with him to Spain to capture the horrors of the Spanish Civil War. It was during this trip that we helped him capture the image of the “Falling Soldier” which showcased the horror of that war. Unfortunately, our work during the Spanish Civil War was just the opening salvo. We spent the majority of the next decade traveling the globe, as the whole world convulsed with warfare, capturing images.

Happily, the war ended in 1945, and again we were on hand to document history. This time, as jubilant crowds roared through Times Square in New York City we were working with Alfred Eisenstaedt, of Life magazine. Suddenly, right in the middle of the street, a sailor grabbed a nurse and we captured it. The Kiss, as it is now known, has gone on to become one of the most iconic images of the 20th century. Are you starting to believe me when I say that we’re photography royalty?

In 1947, our longtime partners Capa and Cartier-Bresson joined with David “Chim” Seymour and George Rodger to form Magnum Photos. This was a watershed moment for us all because it enabled us to continue making fantastic photographs while documenting the world around us. Throughout the years, many now-famous photographers have joined Magnum and covered nearly every major milestone that has happened in the world since then. Our family’s collaboration with Magnum continues to this day.

Though World War II was over, there still was plenty around the world to keep us busy. When China began to unravel in civil war we traveled with Cartier-Bresson there to capture that event. Another family member went with Margaret Bourke-White to India to document Gandhi as he led the struggle against colonial rule. Our close relationship with him enabled us to take this photo of Gandhi spinning thread, just hours before his assassination.

On a more positive note, back in Paris we were also working with famed street photographer Robert Doisneau. Much like Cartier-Bresson, we roamed the streets of Paris, capturing the lives and loves of the city. It was during one of these jaunts that we captured the image of  “Le Baiser de l’Hotel de Ville”(Kiss by the town hall). This is one of my favorite images of all time, and I’m so proud that a family member took it. The ‘60s were a time of great upheaval, with revolutions, movements, and change everywhere you turned. Fortunately, we always seemed to be in the right place at the right time to capture the moment forever on film. For instance, we were with Alberto Díaz Gutiérrez, better known as Alberto Korda, in 1960 when he captured the iconic image of Che Guevara. Titled “Guerrillero Heroico,” this photo has gone on to become both a symbol of youth in revolt and a pop art icon. Despite our gallivanting around the world, we were also very busy in the United States. Roaming the streets of New York City with Garry Winogrand, we captured the frenetic street life in motion via thousands of photographs, much like our forefathers did in Paris with Cartier-Bresson.

Another family member was always with Bill Eppridge as he kept a visual chronicle of Robert Kennedy during the 1968 presidential campaign. Back then, candidates weren’t surrounded by the media and handlers like they are today, so we had exclusive access to Kennedy immediately after his speech in the Ambassador Hotel. Following along behind him as he walked through the kitchen we were witness to his terrible assassination.

Fortunately, our work wasn’t always so grim. One of our favorite partnerships was with Jim Marshall, whom we began working with in 1959. Together we photographed the Beatles, Janis Joplin, Miles Davis, The Who and more musical greats of that time. Our photo of Jimi Hendrix burning his guitar at the Monterey Pops festival in 1967 and Johnny Cash flipping the bird in San Quentin prison perfectly embody the rebellious nature of music and culture at that time.

As I mentioned earlier, it isn’t wrong to say that I come from photography royalty. If you want proof, here’s the family tree I promised to show you earlier. In addition to all the photographers mentioned above we’ve also worked with Annie Leibovitz, Ernest Hemingway, and Ilse Bing (known as Queen of the Leica, how’s that for royalty?), and many other famous photographers. Just as important, people around the world know that when you choose to work with us you’ll get the best photographs you can.

Now that you and I are better acquainted, why don’t we go outside and take some photos together?

Peter Urbick has more than a decade of experience as a professional writer and manages all aspects of content for Zenfolio. In addition to being an amateur photographer he enjoys history and was inspired to write this story after looking through an old box of photos his grandfather had. Originally from Seattle, he wears his Evergreen State pride on his sleeve, much to the amusement of the rest of the office.